As it’s International Women’s Day we thought it would be a good idea to celebrate just a few of the many women that have made a difference to the world, by shaping our history and our future….

Leader of the British Suffragette movement. Her actions helped ensure women over the age of 30 were given the right to vote. She encouraged female empowerment and steadfastness. Shortly after her death women were granted equal voting rights as men, bringing the age down to 21.

Well known for her work on radioactivity and her pioneering status as an acknowledged female scientist. Working alongside her husband, they discovered the source of radiation. Her work on the isolation of radium earned her the first science doctorate to be awarded to a woman in Europe. They went on to win the Nobel Prize for Physics in 1903.

Also widely known as ‘the lady with the lamp’. She was a pioneer of modern nursing, a writer, she was recognised as a statistician and was the first woman to receive the Order of Merit. As well as being devoted to nursing she also wrote home on behalf off the soldiers, sent their wages to their families and introduced reading rooms to hospitals.

She gained mathematics degrees and master’s and went on to work for Eckert-Mauchly Computer Corporation. Whilst there she undertook pioneering work in compiling mathematic code into language. She assisted in developing the first computer compiler and the first computing language (COBOL) which helped to revolutionise the word of computers. As well as her programming accomplishments, her legacy includes encouraging young women to learn how to program.

Well known as a Harvard-educated lawyer, a feminist, a mother and a dynamic public speaker. She undertook her role as First Lady with honesty, humour, dignity and kindness. She has also championed many worthy causes including poverty awareness, support for military families, education, women’s rights and nutrition – in the hopes of ending childhood obesity.

An outspoken advocate for women in business, the COO of Facebook and also the best-selling author of Lean-In: women, work and the will to lead. She encourages women to be more aggressive in seeking success within the business/corporate world. Her book has sold over a million copies and has thus inspired the community building group LeanIn.org. This was founded by Sheryl and is there to support women striving to meet their ambitions.

She is in the Guinness World Records lists as the best-selling novelist of all time. Well known for her whodunit mystery novels of which many have been made into TV/movie adaptations. And then there were none has sold over 100 million copies worldwide and her stage play The Mousetrap holds the world record for its longest initial run.

Creating this list has certainly opened my eyes as to the accomplishments that so many women have made and it inspires us to keep on going.
There are so many more women we could list that have made a difference, whether it be through science, the arts, politics, environmentalism and much more that the list could go on forever.

We hope you have found it insightful. 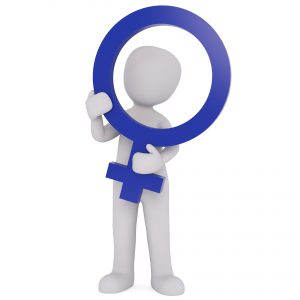